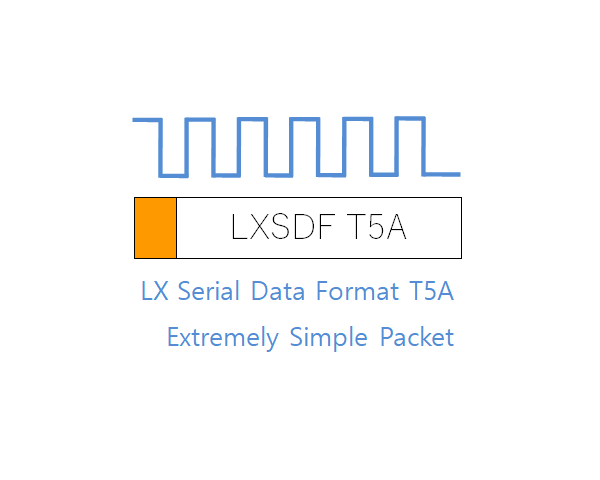 LXSDF T5A packet uses initial 5 bytes for each packet transmission as “Purpose for Synchronizing Packet”. The first four bytes are allocated the fixed value 255(0xFF in hex), and fixed 254 (0xFE in hex) for fifth byte. Namely, Sync Bytes are designed only in the spots where appear 255, 255, 255, 255 and 254 sequentially in the whole packet byte arrays.

The following picture indicates that the orange color part in the one packet is assigned “Sync Bytes” and then a series of bytes for one packet.

The table shows the definitions of T5A packet. Each index is one byte and transmitted in order when transmitting serial. An available value for each packet index, the terms of the packet elements.